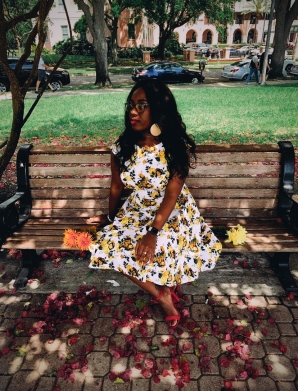 We can’t be free unless we’re all free

It’s important to provide a little context to the basis for this post. Recently, my home state of Illinois passed a law that requires public schools to teach LBGTQ+ history. While I was happy with the new legislation, many were “outraged”. A quick sidenote: I recognize that because I’ve studied and do diversity education for a living, I have a better understanding of how nuanced diversity and inclusion work can be. I also recognize that folks have freedom of choice. People choose to not change their mindsets and that’s okay. But they have no excuse to say no one ever tried to help educate them.

Anywho, folks were outraged (everyone is fake outraged on social media about everything), but I felt a wave of disappointment when I saw the number of Black people having the most ignorant and distasteful comments about it. Of course, this is not the first time our community has spewed hatred towards the LGBTQ+ community. We’ve been doing it since the beginning of time. Our fathers have told our sons to “stop crying and acting like a (insert homophobic slur here)” or how we’ve all heard the rhetoric “I know my kids better not turn out gay”. Our community sits in silence when a Black transwoman is murdered but flood the streets when a Black person is killed unjustly by law enforcement. [Note: I believe unarmed Blacks being killed by police is a heinous crime, but I’m trying to make a point]. We shun our girls for wearing baggy clothes or “dressing like a boy” because it’s unlady like. We’ve fallen into the socially constructed bullshit that the perceived elite white people created to maintain positions of power.

After I saw the negative comments about the Illinois law, I made a FaceBook status about how disappointed I was in Black people for what they were saying. The first person to comment on my status was a white guy I went to middle school with. This first amused me because I was clearly talking to Black people on my status and a white person inserted themselves into a conversation that had nothing to do with them. But historically, white people tend to insert themselves in places that weren’t meant for them…but I digress. The comment said something along the lines of “They shouldn’t be trying to force our kids to learn that”. I forgot what exactly I said back to him but it was along the lines of understanding that the law is not about forcing sexuality on children, it was about teaching LGBTQ HISTORY. HISTORY being the keyword here. Historically, LGBTQ folks have been victims of violence, oppression, and discrimination at the hands of systems of domination. Just like Black folks have in this country. But outside of the horrible things that have been done to the community, LGBTQ+ folks have been writers, painters, law makers, instrumental people in the fight for justice for all that has helped shape this country into what it is. Students in schools would be learning about those important figures in that fight for social justice.

But my response to him wasn’t enough. Others joined into the conversation. This time, more Black folks. Some agreed with me, others saw my point but still had some reservations, and others were downright out of control. So out of control, that I had to block someone I used to go to school with for how vile his comments were. One common theme I saw among the comments was the theme of “Christianity” and “God”. Now, I identify as a Christian. Not the type of Christian that casts stones at others and not myself, though. People said that LGBTQ people weren’t of God and that it shouldn’t be mandated to teach children about the history because it isn’t what the Bible says. Of course, my rebuttal to that was “God also said to love thy neighbor”. 🙂 Anyway, there was much back and forth on my status and next thing I know, I had 130+ comments. I decided to delete the status because it was getting out of hand and I wanted to ensure to not hurt some feelings. I felt myself going down that route.

My point here is, Black folks we can’t be down for a socially just world if we are constantly trying to oppress a group of people. WE are already fighting oppression ourselves. We’ve been fighting for centuries. You can’t believe Black Lives Matter if you participate in the demise of another socially oppressed group. News flash, Black people are also members of the LGBTQ+ community and have been pioneers in their work towards equity. You’re upset that Illinois wants to educate the youth about LGBTQ+ history. You feel that they’ve done a piss poor job at teaching Black history in schools. However, you forget that Black experiences are intersectional. Your favorites, James Baldwin and Audre Lorde were Black queer writers and activists. The founders of the Black Lives Matter Movement are three Black queer women. Your niece or nephew, your brother or sister, is a member of the community and afraid to confide in you because of the hate you spew.

One of the reasons I’ve heard Black millennials have drifted away from the Black church and even Christianity altogether is because of the hypocrisy of the religion. Christians turn a blind eye to everything but feel the need to chastise people’s biological attraction. Christians say nothing when they gossip about each other at church. They say nothing when they have babies out of wedlock, or do hard drugs, or lie. You can’t teach someone to be gay, lesbian, bisexual. We do teach heteronormativity because we don’t believe in anything outside of the “norm”. White people rule everything because anything outside of the “norm” doesn’t fit into their plans of power. It’s the same thing.

We can’t be free unless we’re all free.

2 thoughts on “The Hate U Give: The Black Community, “Christianity”, and the LGBTQ Community”