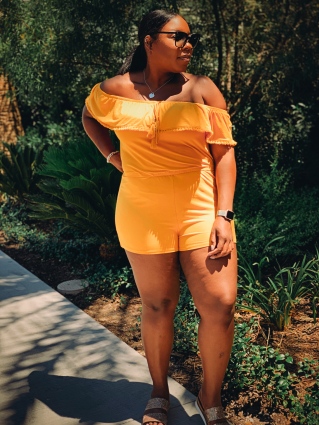 Written By Mesha G. – Official Contributor of The Crowned Series

Religion is the basis of America. When we look at the dollar bill it says “IN GOD WE TRUST.” Controversially, public schools still recite the Pledge of Allegiance and that says “one nation under God.”  Regardless of your religion or lack of religion if you live in America, you have been infiltrated with religion, specifically Christianity.

I grew up fairly involved in a (non-denominational) Christian church and still identify as a Christian. However, like many others, my experience in the church has led me astray from the fellowship that occurs when the church congregate.  Nothing terribly traumatizing happened at church other than judgement. I can take some conviction, now. But the “holier than thou” vibes were something I actively made a choice to not fall into because I’ve experienced life… and by life at that time just meant I went to college LOL but I got a chance to experience people outside of my bubble.

I attended the epitome of a state school so everybody and they mama from all over Illinois attended with sprinkles of people from other states and countries. But I learned so much about others upbringings and traditions (and religion) that shapes how they view the world from people who lived relatively close to my hometown.  I’m very appreciative of my upbringing, it made a bomb ass woman. I’m not always right as I tend to feel I am but I’ve grown grounded enough to be unwavering with my beliefs while still making myself open and available to other regardless of where they came from. And THIS is something that isn’t true typically shared among our church folk.

Many millennials and younger generations have fallen flat to the idea of maintaining a religious relationship in the church.  They may have some groundedness in spirituality, like myself, but no longer have a church home or spiritual guide like a pastor. I honestly teeter back and forth with myself if I need it or not.  Sometimes, I miss it…most times I don’t.

One of the rationales why I don’t miss it is based off the word, our goal is to be salt and light in the world. I’m not being in the world sharing light and being salt if I sit with Cheryl every Sunday and Wednesday night and judge the people that don’t feel comfortable walking through those doors.  By nature, we hang with people who are very much alike and aligned with ourselves. And because of this natural habit, we are not being vessels…. Ooh that’s a word.

And the very reason why I don’t miss it is the very same reason why I do, under great leadership and even better community, there’s amazing opportunities to become true leaders in the community and the world without the opposition of forcing views down people who may view life different than you.  As a true testament of God’s will in your life will shine without force. You will literally radiate from His grace and from there opens a window of opportunity to share the word should you choose to.

Maybe my ideology doesn’t align with the ideal Christianity and I don’t care…honestly and truly.  I do the work of the Lord in my best form without being barbaric and I still be blessed.