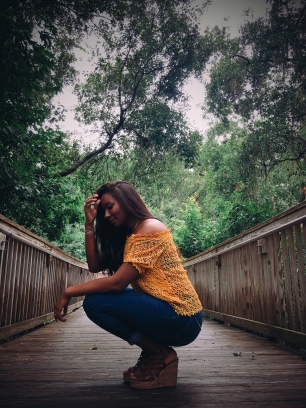 Written By Victoria B. – Official Contributor of The Crowned Series

Idols. Ingrid Silva. Michaela DePrince. Precious Adams. Carlos Acosta. Andrea Long. Harper Watters. One of my earliest memories in ballet was in 2003 when I was patiently waiting in the hallway for class to start. My eyes danced around searching for something to catch my attention. Finally, they fixated on a stunning portrait of what I thought was a princess. It was of a black woman en pointe in a light pink and fuschia tutu. At the time, I didn’t know who she was. All I knew is that I wanted to be just like her. From that moment on, I saw her everywhere I turned. From being in magazines as the Firebird to on a portrait hanging at the dancewear shop as Cleopatra (the role specifically created for Ms. Anderson by former Artistic Director, Ben Stevenson)  I then found out that she was Principal Dancer, Lauren Anderson. Her bright smile, shining eyes, and impeccable technique will forever be sketched in my memory. Besides, Ms. Anderson, I never had many ballet idols that looked like me. Now, because of the diversity revolution and social media, we are exposed to many black dancers. This is not to say everything is perfect. Change is slow but inevitable.

Apparel. “Why aren’t your tights pink?” Was a question I used to get from my fellow classmates. Confused, I used to ask my mom if she bought the wrong color tights because my legs never looked like everyone else. She tenderly explained that they were, in fact, the same color but darkened because of my skin tone. When I was growing up the default universal “nude” shade was a light pink color. This can prove to create an internal conflict when your skin tone doesn’t match the norm. While it might not seem like all that big of a deal, to a child it makes one feel isolated and like they don’t belong. The hues of pink also severs the extension that should be accentuated by the tights and pointe shoes.  “It changes the aesthetic, you want there to be a continuation between your upper and lower body and there’s a big disconnect if I put pink tights on.” (Precious Adams, 2018). This could be quite discouraging for a dancer chasing their dreams to feel.

Opportunities. “We don’t want to break the corps line.” An excuse young black dancers are often met with when they aren’t chosen for a role. Ballet is about synchronicity and uniformity. Everything, especially the corps de ballet (the body of the stage)  should be precise and balanced. Some companies use the notion of disturbing the line to justify their decision to leave out the dancer with a darker skin tone. Maya James, a close friend of mine, recounted the feeling of being the only black dancer at her studio, “When I stood at the barre and looked around the room before class, I did not see a single person that looked like me. Being the only brown face in the room made me feel a real sense of alienation – despite these other girls being my friends, I felt alone in the sense of being the only girl who had to apply foundation to my shoes and sometimes even to the flesh-colored parts of my performance costumes.” To maintain the aforementioned continuity, Maya found herself, like most other black dancers, being placed in the back during performances. “It’s almost like you’re the ugly duckling because the decision is purely to maintain aesthetics so that each dancer in the front looks the same. But what about talent? What about drive? If a black dancer exhibits these qualities, then why can’t they be in the front?” One might ask the simple question, “What’s the big deal if everyone looks different?” Former dancer with the New York City Ballet and Principal Dancer of the Dance Theater of Harlem, Andrea Long,  says, “A lot of the ballets are so programmed into people’s heads that they can’t see it any other way.” Often times people fear change. It shouldn’t be seen as an attack but as progress towards a more diverse and cohesive society.

Hope. “When I see someone that looks like me that’s when I get inspired.” (School of American Ballet student, Kennedy Sheriff). The power of representation is unparalleled and vital for our people to feel accepted and included. There has been a shift in ballet seen in recent years. The taboo topic of race has been discussed more openly on huge platforms thanks to Misty Copeland, Michaela DePrince, etc. Harper Watters, Soloist for the Houston Ballet, has a popular Youtube Channel that gives insight to the life of a dancer. Carlos Acosta, a former dancer for the English National Ballet, National Ballet of Cuba, Houston Ballet and American Ballet Theatre, has been appointed as the next Artistic Director for the Birmingham Royal Ballet starting in 2020. And Michaela DePrince, Soloist for the Het National Ballet in Amsterdam has been featured in many documentaries and magazines.

In the past, black dancers would have to “pancake” their pointe shoes with their stage makeup to match their skin tones. Now, with companies such as Gaynor Minden and Mariia Dancewear, dancers of color are starting to feel welcomed in the dance world. Even though we have made leaps and bounds, we have a long way to go. Despite headway being made in creating a space for black dancers, the disparity between opportunities extended to white dancers and black dancers is glaringly apparent. We mustn’t be discouraged but inspired to create a world we are not only able but encouraged to thrive in.

– Victoria B., Official Contributor of The Crowned Series