Jada Pinkett Smith hosts a Facebook show every Monday with her daughter, Willow, and her mother, Adrianne. I tune in faithfully to listen to the candid conversations they have. Topics range from depression, to body insecurities, to forgiveness, to most recently, sex.  All are centered around Black womanhood. Obviously, that was the reason I was so drawn to the show. Anything that is showing Black women in a positive light, I want to know more. 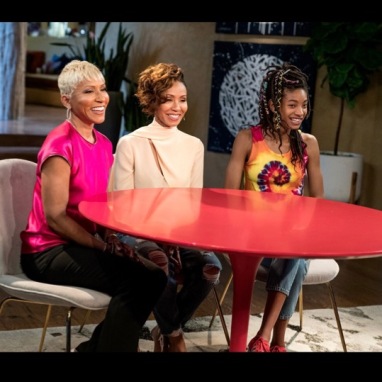 The topic about sex, especially coming from Black women, has been viewed as deviant. We were raised to not be sexual beings, stay away from men, and to hide ourselves. Jada’s Red Table convo gave me the courage to write this piece. This is a topic I’ve been wanting to talk about for a while now. I remember dreaming up this conversation with my good friend, Tekita, a while ago on the phone while we were at work. This conversation is so taboo, that one of my former white female coworkers made up a lie and told my supervisors that I was having a conversation about sex in general, in my office. She turned an educational conversation that I was having in my private office with a friend into a shameful, lie-filled story. So, thanks to her, I decided not to write about the topic on my blog.

But I no longer feel scared to hide. Jada, Willow, and Adrianne (although they can talk about what they want because they are rich and nobody can withhold opportunities from them like they could me) had a very in depth conversation looking at sexuality as Black women from three different standpoints and generations. Below is what I was discussing with Tekita. It is my hope that you take this and be comfortable with yourself and understand that there is nothing wrong with you.

Black women’s sexuality in slavery: During the times of slavery in America, Black women have been the most targeted people. Slave owners beat their husbands and brothers in front of them to break the Black man down. To show that he was weak in front of the family. This actually is why there are some strain between Black men and women in the households or why some or absent from households today. Anyway, Black women have been victims of rape and sexual exploitation at the hands of the people who enslaved them. Because they were considered property, they had no rights so resisting was a death sentence or worse. White women blamed Black women for their husbands raping them. Black women were responsible for birthing children to increase the cash flow for their owners. From the beginning, we’ve been told how to behave and denied the choice of having our bodies to ourselves. 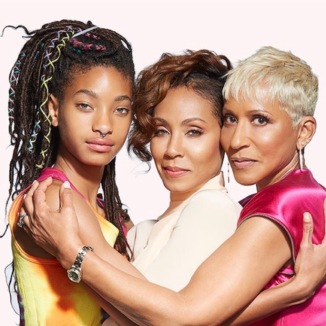 Growing up: In most Black households, the conversation about sexuality either doesn’t happen or it’s split between the gender norms. Most Black boys are just told “don’t get anybody pregnant and use a condom”. Black girls, however, are made to feel ashamed. Black girls can’t have boys come to the house until a certain age, they can’t wear anything too short or too tight, there is an expectation that she is to remain a virgin…forever, the list goes on. Because most of our households were like this, we were scared to have conversations about sex out loud with our friends. Some were nervous to talk about their experiences in fear of being labeled a “ho”. But only women were called those names. Guys could do whatever they wanted with whoever and no one batted an eye. Black women have to hide our bodies so we don’t attract too much attention. It’s not our job to make you feel comfortable. If you can’t control yourself because a woman has on shorts or a tight dress, that is YOUR problem. Do not blame Black women for your issues.

Body count matters: I’ve heard many guys talk about how they would never date a girl if she has had multiple partners. It is like he sees her as disposable and easily tossed around. You rarely hear women say that about men. There is an expectation that men had multiple partners. This type of rhetoric is detrimental. It’s deficit thinking. It places the blame on Black women.

Talk about experiences: One thing I wish I would have had coming up was someone to keep it real with me about sexuality. I think if I would have had honest and open conversations about it, I would have made better life choices for myself. I urge parents or those raising children to begin having these conversations. Talk about the good things, the bad things, good and bad consequences. It is important for healthy relationships. Yes, you want your children to make good decisions but it should not come at the extent of shaming Black women for having emotions. If I’m ever blessed with a child, this is what I hope to do. One of my nieces already feels slightly comfortable with me talking about her feelings. Honesty is key.

Of course, in whatever decisions you make for your life, be safe. Protect yourself. Get tested every 6-months if you are sexually active. I say this because your partner could say that you’re the only one they are with, but you never know. They could be lying most of the time lol. You have to be an advocate for your own sexual health.

Thank you Jada, Willow, and Adrianne.